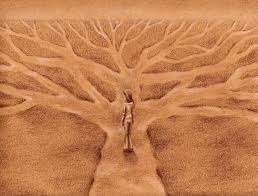 To change the mind of other people you must be open to changing your own mind first. If others cannot observe that you are willing to change at all, they are going to hold onto their beliefs tighter. But changing your own mind doesn’t mean that you have to stop believing something, or that you have to believe only what the other person believes. To change your mind, you must expand your current belief to allow new possibilities to coexist.

By acknowledging these new possibilities, you now have a more comprehensive picture of what happened. Rather than forcing your boss to decide that you deserve all or none of the blame, they are more likely to accept the impact of the delay because it is now one of many possible contributors. Additionally, you might now feel more comfortable accepting some of the responsibility now that you’ve observed steps you could have taken to protect against the delay. And, you certainly have more choices about how to avoid the situation next time. The next time you find yourself fighting against someone else’s belief, expand your own beliefs first to make room for what they believe to be true.