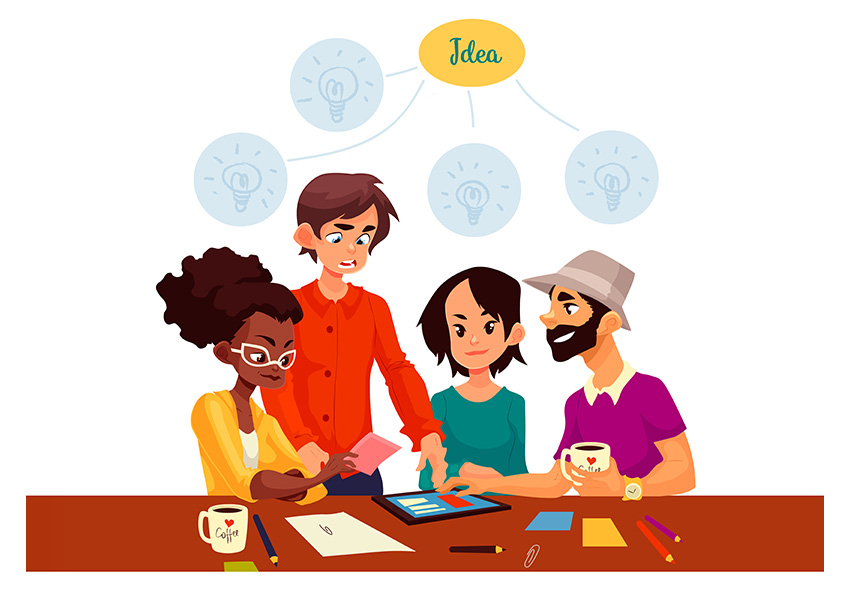 When I first became a trained mediator in the mid-90s, brainstorming was all the rage. Management journals touted the benefits of hosting in-person, group brainstorming to promote creativity in organizations.  Leadership associations sponsored trainings on how to lead visual brainstorming activities in meetings.  In fact, mediation course curriculums always included a robust section on assisting disputants to verbally brainstorm to help resolve their conflict. I loved it!

As a self-described extrovert, I love anything that helps me to visualize a problem. So, I was naturally drawn to group brainstorming techniques – writing colorful lists on a white board at the front of the room, shouting out project ideas in team meetings, and the back and forth energy of collaborating with others in the moment to build from one idea to the next. Brainstorming became my favorite new habit. In fact, it came so naturally to me that I never stopped to consider the notion that some people might not love the idea of sharing their ideas out loud or may not do their best thinking on the spot. I also didn’t consider that perhaps group brainstorming isn’t the most effective way to innovate or to reach true consensus when faced with a conflict.

Decades of research actually show that traditional brainstorming methods are often unsuccessful. In his Harvard Business Review article, The Problem-Solving Process that Prevents Groupthink, Art Markman states that when people “start throwing out ideas, they actually come up with fewer ideas overall and fewer novel, actionable ideas than the individuals in that group would have come up with had they worked alone.” When one person throws out an idea it tends to influence the thinking of others in the group in ways that make everyone start to think similarly to one another. Thus, limiting the framing of the conflict and often then limiting the creativity of possible solutions.

One way to avoid this “groupthink” tendency, is to maximize the time individuals have to work independently on resolving a conflict situation. Start by having each person work on their own to draft a list of possible options for resolving the problem at hand. Then share those lists with others on the team, so each person can still work on their own to respond, add to or edit the list. At this point, everyone is still working on their own rather than in a group setting and has a better opportunity to build on each other’s ideas without being influenced by the group. Once everyone has had a chance to generate their own ideas and independently respond to the ideas of others, you can bring the group together to discuss the options.

Group brainstorming isn’t necessarily a bad habit. It can still be a fun way to build team rapport and energize a group, but it may be best for deciding something simple like where to go for the next office lunch.  When it comes to big team decisions, tough office conflicts, or other problems that require next level innovation, try giving independent time to think to each person on your team and you’ll be more likely to maximize creativity and outcomes!