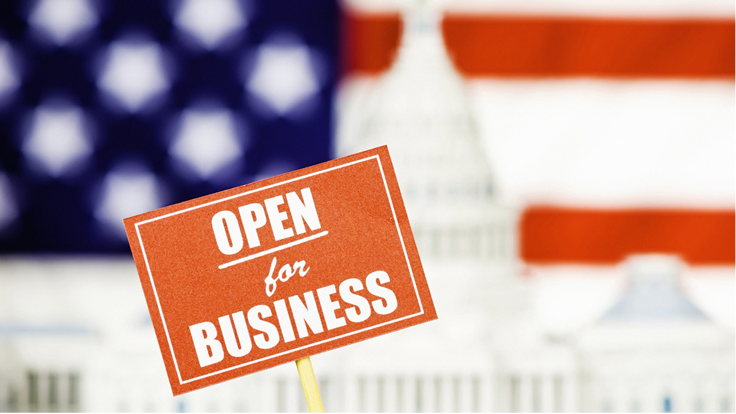 Returning After the Shutdown

Loss of Pay: The loss of pay hit hard, and for many, it created a downward financial spiral. As bills go unpaid, fees accrue, and credit scores dives. Federal employees are also prohibited from receiving some benefits that could have replaced lost income.

Increased Workload: Employees will be digging themselves out of their backlog and putting out metaphorical fires for weeks to come. Stress levels will be heightened for the immediate future. Employees who worked through the shutdown may feel acutely stressed, especially if they carried the workload in the absence of their furloughed colleagues.

Loss of Routine: It was impossible to predict when the shutdown would end, which made it difficult for furloughed employees to establish new routines or make long-term plans. It is challenging enough to have your routines, but without a replacement of a meaningful routine, many employees are likely experiencing a sense of unease or restlessness.

Loss of Community: For many, the workplace is home away from home. Most furloughed employees were prohibited from communicating using government phones or email accounts, so they were suddenly cut off from their closest community.

Employees are also experiencing a range of emotions that they are carrying with them as they return to their posts. Observing these emotions will help you understand how best to intervene, and how to prevent strong emotions from becoming another disruption.

Disrespected: Federal employees might feel like pawns in a political game. The American public looks to employers to play the role of provider and caretaker. Being denied a paycheck probably feels, to many, like an insult.

Disadvantaged: No one quite saw this shutdown coming, and it’s quite likely that most employees didn’t account for such a situation in their personal or financial planning.

Disoriented: After being away for weeks, employees might have trouble readjusting or focusing on work. With a backlog of work and anxious contractors waiting, some employees might be unsure of where to start digging in, or what tasks to prioritize.

Overwhelmed: For many, the shutdown added stress to their lives. While their work piled up, so did their bills. Most employees are not returning feeling rested, but even more stressed.

Concerned for others: Federal employees might be carrying additional worry for their friends and colleagues who have been affected by the shutdown. Supervisors and managers who take on the role of caretaker as part of their formal responsibility, might especially feel loaded with concern for employees that they supervise and support.

Scared: Employees will likely be scared about the prospect of another shutdown, and some might feel shaken by the sudden instability of employment in the public sector.

Falling back into steady patterns and workplace routines that feel anything close to normal will be hard, and it will take quite some time, even longer to feel fully reengaged.

What to do Next:

Here are four steps you can take to help employees let go of negative emotions, reconnect with each other, and resume operation as a competent and capable workforce.

Direction: Given how much work might be waiting for employees when they return, they might need assistance sorting through and prioritizing what to focus on. Some initiatives might need to go on hold or fall away while attention gets devoted to the most visible or impactful projects. Jump in. Make decisions. Help employees get back to work quickly by helping narrow their focus and reducing the number of tasks they need to complete.

An opportunity to vent: Employees’ emotions will be on the surface or just below it. Create an environment for employees to talk about how they have been impacted by the shutdown, and what they are concerned about as they return to work. Simply inviting employees to vent will help release some of the tension, will affirm to employees that they are in this together, and will help employees restore a sense of kinship and camaraderie with their coworkers.

An open-door policy might not suffice. Reserve time for these conversations, and don’t incorporate it into a regular meeting. Specifically, invite employees to put their work down for a set period and come together for the sole purpose of processing their experience.

Protection: The long length of the shutdown certainly raises concerns about whether another shutdown is likely in the future. To help ease the fears of returning employees, outline what your and/or the agency is doing to mitigate the impact of a future shutdown. This can also be a collaborative conversation to solicit employees’ ideas.

Being back to work does not yet mean that everything will be just as it was when you left. Take time to ease into the transition and set realistic expectations about what employees can accomplish until things fully settle back down. Provide clear guidance and direction, letting employees know what they should prioritize and how you can help them. Help reduce any impact the shutdown has had and keep all your fingers crossed that this is the last furlough for a long time.
_________________________________________ 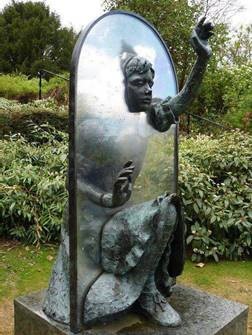 Change is constant. By now, we all know that. Organizations today must remain flexible to adapt to global markets, respond to 24-hour news cycles, and appease an always-watching audience. Inside organizations, programs grow, workplace cultures emerge and evolve, departments get restructured, processes and policies change, leaders come and go, work flow increases and decreases, environmental circumstances create barriers, and an endless number of potential changes always lurk around the next corner. Much organizational change is unwanted, and organizations that are not prepared to adapt will remain rigid and immobile in the face of a fast world prepared to leave them behind in the dust. Developing a workplace culture of adaptability to change can be supported by an unlikely profession, improvisational comedy.

Improvisational comedians bring the absurd to life in hilarious ways, and while it might seem like they create humor out of nothing, improvisers rely on a shared vernacular to generate funny scenes in the moment. Two phrases developed by Upright Citizens Brigade and commonly used in improv are uniquely applicable to organizational adaptability: “the first unusual thing” and “if this unusual thing is true, then what else must be true?”

The first unusual thing is typically discovered after the basic elements of an improv scene (who, where, what) have been established. For example, suppose an improv skit starts with two people in a grocery store, one playing the customer, and the other the cashier. The “where” is the grocery store, the “who” is a customer and cashier, and the “what” is checking out after shopping. There is nothing particularly unusual about this scene. Now imagine that the cashier pantomimes scanning an item and says to the customer, “Sir, your total today comes to four thousand dollars for the bunch of bananas.” This is the first unusual thing.

Obviously, a bunch of bananas would never cost such a high sum, but in the world of improv, the unusual becomes the norm. If the improviser acting in the role of the customer is well-practiced, rather than rejecting the premise as unrealistic, they will instead go along with the premise as if it is true and then add to the narrative in a way that furthers the comedy. In this situation, the customer might respond in any number of ways.

In organizational life, employees are continuously met with challenges that, for them, must seem unusual. Employees are often primed to reject or fight against the changes. Employees declare, “The new director won’t last long.” “We already have enough on our plate. There is no way we can take on more.” “The people in our field office just don’t think like we do.” Organizations can remain a lot nimbler in response to change if they can borrow from improv and adopt the strategy of “if this unusual thing is true, then what else must be true?” Take the following case study:

A team of fifteen employees was the victim of a recent restructuring when three of their highest performers were moved to another department, and another two employees were laid off. The organization was on a temporary hiring freeze, so the remaining ten employees were required to share the duties abandoned by their former team members. Immediately, employees began to individually raise complaints with the senior director about their increased workload. Each remaining team member was fearful that if they successfully performed the added duties, they would be assigned to them as permanent duties. Subsequently, team members prioritized their standard duties under strict deadlines, and the new shared duties were frequently left incomplete. Although the shared duties were critical to the team’s overall operation, and although each person had a responsibility for completing a part of them, each team member blamed others for the failure.

None of these assumptions embraces the new reality. They all find a way of rejecting it and fighting against it, and as a result of those assumptions, the team members are powerless to resolve the situation in a meaningful way.

Now imagine that this team adopts the strategy of, “If this thing is true, then what else must be true?” in a way that embraces the new reality. Rather than disregard their shared responsibility, ignore organizational directives, or rebel against their new reality, they will instead embrace the change and assume that a new context has also been created for them. Remember that the improvisor does not fight against the new reality, but instead seeks context to uphold it.

The remaining ten employees were required to share the duties abandoned by their former team members. Immediately, employees began to identify untapped resources to mitigate the impact of the increased workload, and they lobbied their senior director to enlist available administrative staff to support smaller tasks. The team looked for ways to streamline their work processes and they collaborated on a work schedule to organize their collective work, abandoning some of their previous tasks that were less impactful and prioritizing some of the duties they had recently taken on. They wanted to be sure that their senior director was aware of the impact the increased workload would have on them, so they developed a brief report that demonstrated 1) how they had amended their process to accommodate the increased workload, 2) what they had to deprioritize so critical duties would be completed, and 3) how much time it took to complete each task compared to how much time they had available.

Each of these assumptions upholds the new reality and empowers the team members to act in a way that either mitigates the impact of the new unusual thing, adapts to it, or prevents future unusual things from occurring.

The next time your organization faces an unwanted challenge work through the following to more quickly embrace the new reality and more effectively adapt to the change.

2. Embrace the new reality by upholding it.
a. If this unusual thing is true, what else must be true?
b. How are we upholding the new reality?
c. What do we need to stop doing so we are no longer rejecting or fighting against the change?