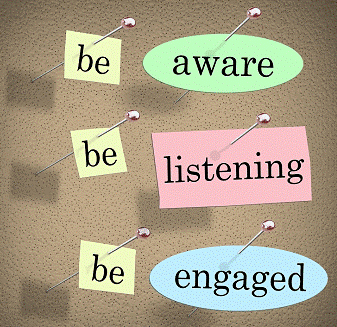 Having been a mediator for nearly eleven years, I can’t say that I have seen it all, but I’ve certainly found myself amid plenty of intense conflicts. I’ve sat calmly at a table while people a foot away from me stood screaming into each other’s faces, or pounded on the table hard enough to lift it off the ground. I’ve witnessed people sit silently and then suddenly explode into wild expressions of emotion. Over the years I have observed and learned. I can mostly predict with accuracy when someone is about to escalate, and can point to what triggered the escalation. More importantly, and eminently more useful, I have also learned how to deescalate people. The questions of what makes someone escalate and makes them deescalate can both be answered with another question, “Does that person feel heard?”

Mostly, when we listen, we listen ineffectively. We try to make certain that we understood what has been said, and that we have the facts straight, but the most well-trained listeners fall victim to confirmation bias, where we listen for information that confirms that narrative we have already created in our own minds. We frequently listen ineffectively because we filter out information that doesn’t fit our narrative, and we either narrowly focus on or even add information that confirms what we already believe. Truly effective listening happens in three stages:

1. Loosen your grip on your own story – You must be willing to acknowledge that your own version of what happened, is happening, and will happen might not be the true story, the only story, or the whole story. Stay open to new or missing information, and information that counters what you already believe.

2. Accept the other person’s story as equally true as yours – Rather than trying to assert your version of the facts, or disprove the other person’s story, accept their story as the truth. If someone says, “you disrespected me,” and you believe you did not disrespect them, and it was certainly never your intent to do so, rather than disprove them or argue back, allow their reality to coexist with yours. Allow the possibility that you did disrespect them and then dig deeper into their story. What did you do that they perceived as disrespectful? What impact did their feeling disrespected have? What could have been done differently that would have made them feel more respected?

Effective listening is a power tool in deescalating strong emotions, and fostering shared understanding. The next time you find yourself in conflict, follow the three-step process to hone your effective listening and de-escalation skills. 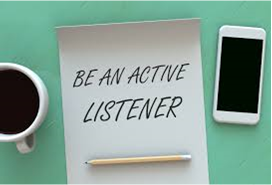 Cultivating our talent for Active Listening

Listening or active silence is like a “wonder drug” for communication. Staying silent but attentive to conversations, staying curious and asking questions to draw out others and clarify meaning, and sharing our own views as a reflection of what has been said, opens new possibilities. It helps people feel their contributions matter, conveys respect and respect builds trust and trust is the currency of our relationships.

It can be very hard to keep our thoughts to ourselves in a high-pressure exchange of ideas. Often there is reward in being the first to say something important or to be the one credited with the best idea. AND it can just be hard to do: Many of us like to jump in the fray; some of us may be impatient as the conversation veers too much from the points we think are important; and lots of us don’t like the awkwardness of silence. Here’s some food for thought as your organization sets goals and implements strategy to Work Better Together:

A typical study points out that many of us spend 70 to 80 percent of our waking hours in some form of communication. Of that time, we spend about 9 percent writing, 16 percent reading, 30 percent speaking, and 45 percent listening. Studies also confirm that most of us are poor and inefficient listeners. Listening is a skill that if practiced and honed will lead to better relationships. 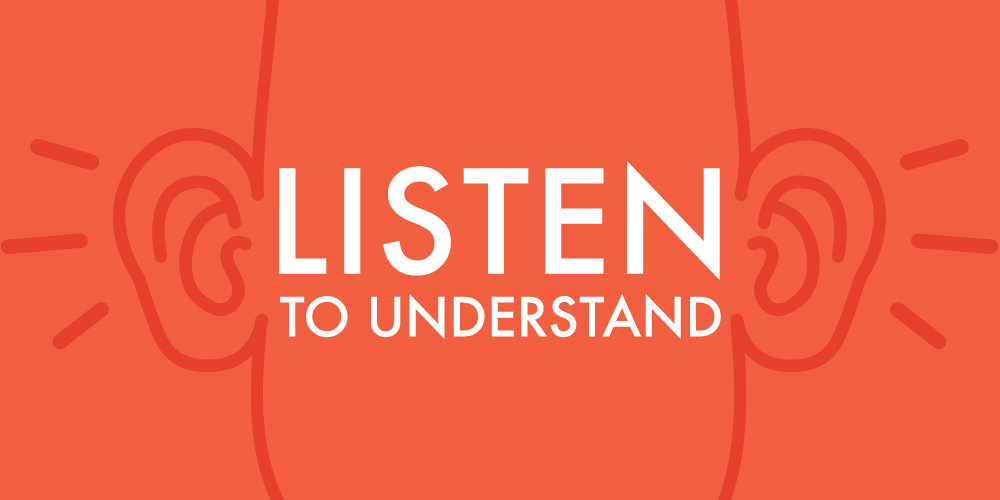 In this quiet month of August, it’s a good time to reconsider the art and practice of listening. Let’s kick it off with a proposal to update the phrase “Active Listening” to “Deep Listening” or listening to understand. This differs from the transactional way we too often listen when, rather than hearing what a person actually means to say, we add our own meaning to what we think they mean to say.

Remember the exercise often used in communication skills training when one person speaks for 2 minutes and the other listens without speaking. They’re then asked to report on their experience as the person listened to or the person listening. The first time I did this exercise, I was amazed at the direction the speaker took. I was sure I would have altered that direction had I commented or asked questions. I learned something I would not have learned had I interjected during that few minutes and they reported feeling listened to.

As a coach, we learn to both stay curious about what we’re hearing but not formulate questions or direction as our client is speaking. What’s cool about this is that we not only learn from the person speaking but they are learning too and revealing directions we can then help them see and follow.

“Active Listening” is so important that this is the reason I propose a rephrase. The phrase has become so overused that often people who must communicate well for their jobs know what they are supposed to do and many believe they already do it. If we talk about listening differently, it can help people reconsider what it means to listen to understand and help those who need to be understood feel listened to.